Four Māori pharmacy students have been awarded Hiwinui Heke pharmacy scholarships – two each from the Auckland and Otago Schools of Pharmacy.

The awards are jointly presented by PHARMAC and Nga Kaitiaki o te Puna Rongoa o Aotearoa (Māori Pharmacists Association or MPA). They are aimed at Māori students enrolled at pharmacy schools and committed to studying pharmacy.

The four students who have each been awarded $2500 scholarships are: 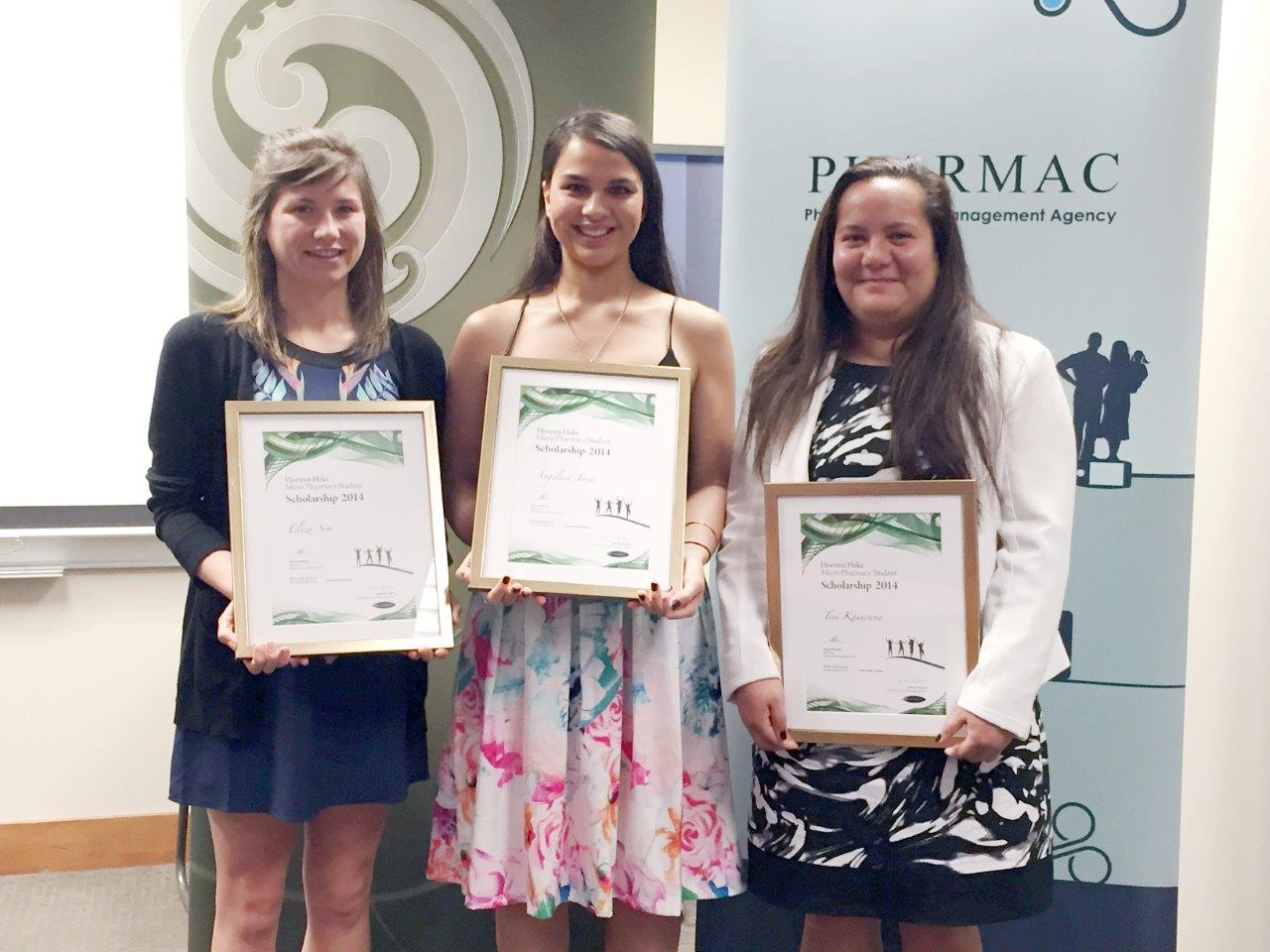 PHARMAC developed the scholarships with the MPA as a way to encourage more Māori students to complete their pharmacy studies.

The scholarships are named after Hiwinui Heke (Te Arawa), who was one of the first Māori to graduate from a New Zealand pharmacy school in 1955.

The awards were presented by PHARMAC’s Chief Executive Steffan Crausaz, and Board Chair Stuart McLauchlan at a ceremony to mark the signing of a Memorandum of Agreement between PHARMAC and the MPA.

Steffan Crausaz says the scholarships recognise the need to have highly skilled Māori health workers to meet the needs of the community.

“We’re pleased to be able to continue to offer these scholarships and encourage young Māori pharmacy students into the workforce,” says Steffan Crausaz.

“We’re also pleased to continue our association with the MPA, and to strengthen it through the signing of a Memorandum of Agreement.”

Steffan Crausaz says MPA members have been working closely with PHARMAC over many years, and the new agreement will help define how that close co-operation will develop.

“This could include further cultural competency workshops for pharmacists across the country, or continuing to deliver He Rongoā Pai, He Oranga Whānau wānanga. The exact services to deliver will be determined separately to this agreement.”

The Memorandum of Agreement between PHARMAC and the MPA is open-ended.